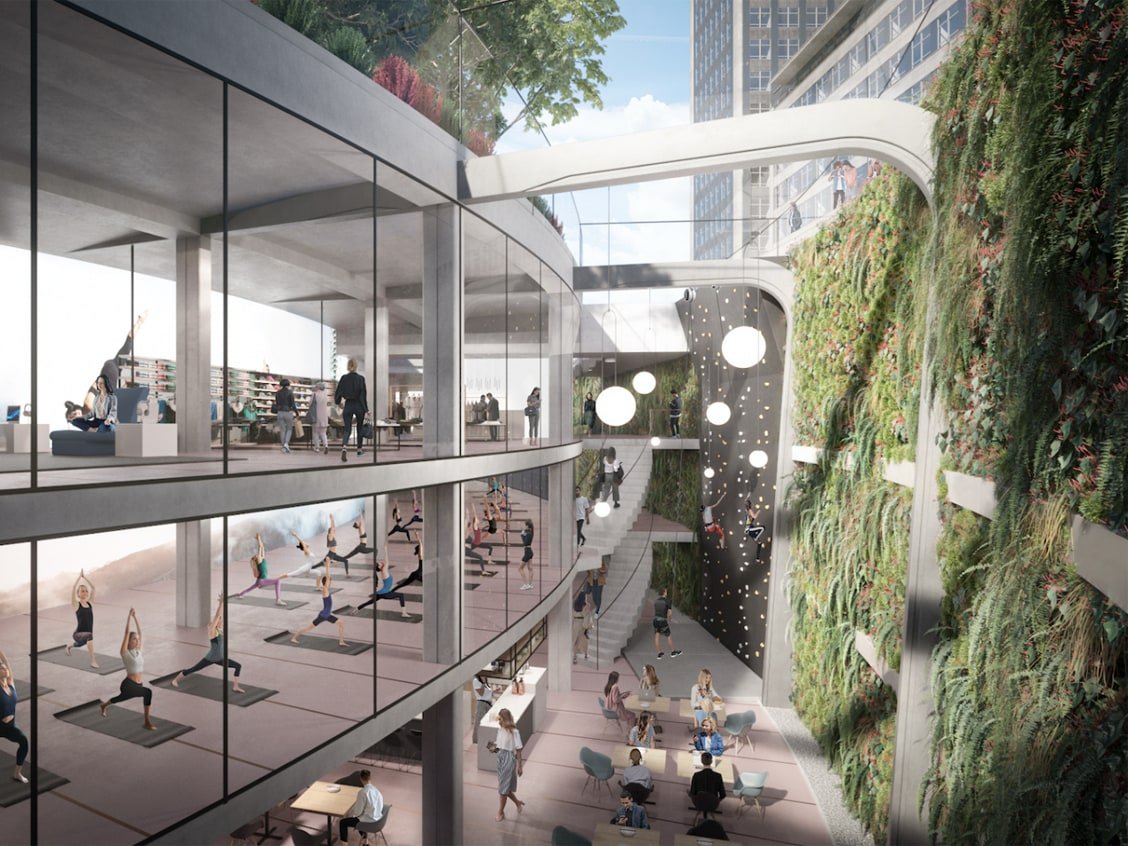 A quick compendium of the more important stories affecting London development over the last few months.

Morris+Company won planning permission for its 100 per cent affordable housing modern mews scheme of 56 homes in Barking and Dagenham’s Becontree Estate for BeFirst.

BDP completed a series of Nightingale Hospitals to help in the fight against COVID-19, with one of the first being a 500-ICU-bed conversion of the ExCel Centre.

Reef Group secured the go-ahead for its £150m subterranean plans to transform Cavendish Square into a health and wellbeing destination linking Harley Street to Oxford Street and Regent Street. The scheme, which Westminster City Council passed via a virtual planning committee, regenerates the 1960s car park structure below the Georgian square and will total some 280,000 sq ft (26,000 sqm) across four storeys below ground.

office tower. EDGE London Bridge, a 23,500 sqm (253,000 sq ft) tower next to London Bridge station, is aiming for BREEAM Outstanding and Well Platinum certification, and will be delivered in 2024.

The government gave its formal approval for the HS2 project construction phase.

Westminster City Council gave the green light for Transport for London’s Art Deco 55 Broadway offices to be converted into a hotel designed by EPR.

Croydon Council said it was looking for design teams to explore alternative options for the £1.4bn regeneration of its town centre and phased redevelopment of the Whitgift Centre and neighbouring Allders department store.

GLA built environment director Debbie Jackson is set to join Westminster City Council this summer as its executive director for growth, planning and housing. Jackson, who began her career at Westminster in 1997, will rejoin as part of the executive leadership team supporting chief executive Stuart Love.

The RIBA said it was beginning its search for a new president following ‘temporary leave’ granted to Alan Jones, and a police investigation. Jones stepped down, ‘fearing a woman claiming to be his mistress would reveal embarrassing details of an affair’, reported The Times.

AHMM’s Simon Allford has decided to throw his hat in the ring and run for RIBA president, along with Sumita Singha of Architects for Change and former chair of Women in Architecture group.

The Duke of Westminster Hugh Grosvenor donated £10m to the UK’s COVID-19 relief effort. Most was to be made immediately available to the NHS for respite, rehabilitation and mental health assistance to NHS staff and families. Cash was also allocated to medical research and charities.

Father of modern Iraqi architecture Rifat Chadirji died after contracting COVID-19. Bulgarian-born artist Christo — whose works included the London Mastaba on the Serpentine two years ago — died at the age of 84.