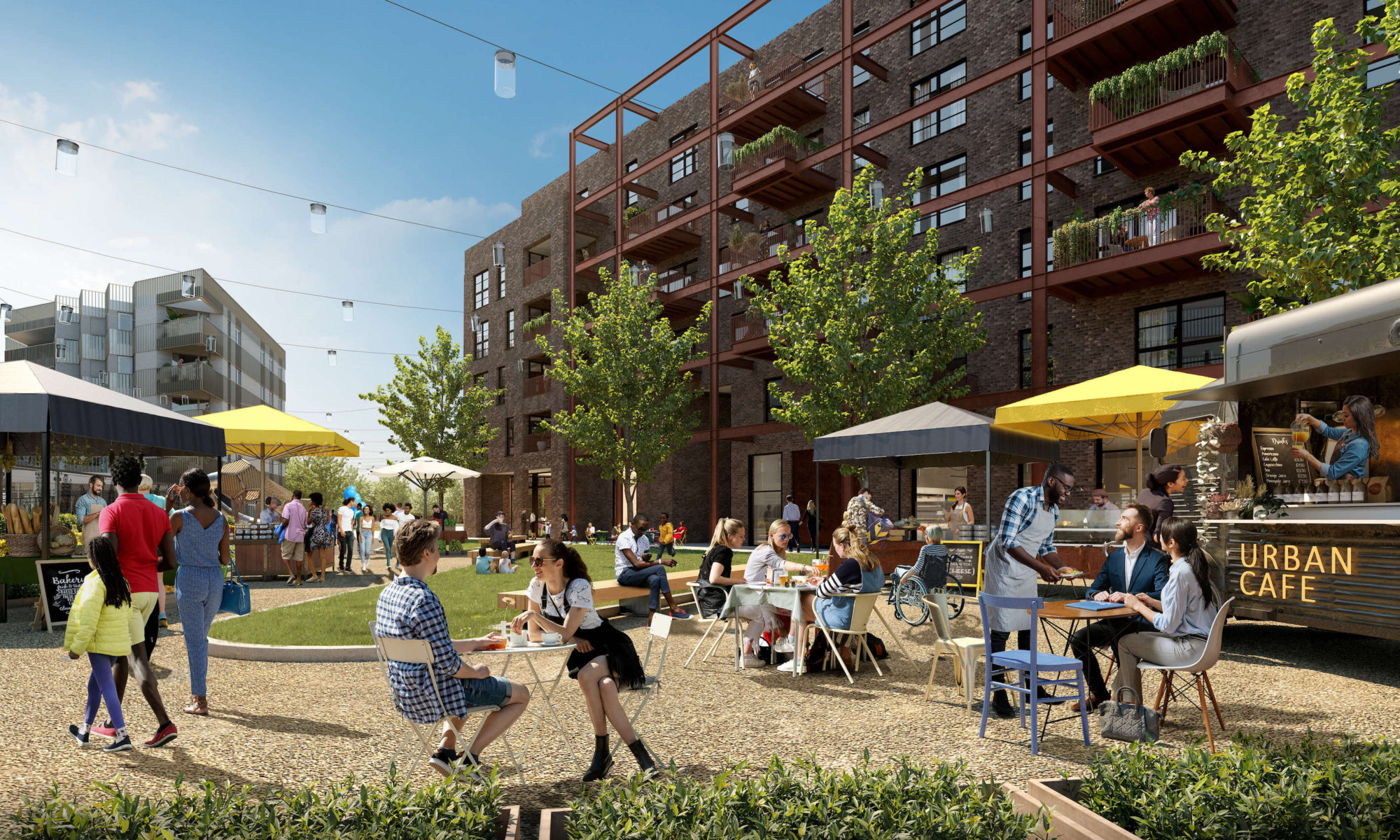 East Wick + Sweetwater (EW+S) is a new, residential-led mixed use community on the iconic Queen Elizabeth Olympic Park, overlooking the River Lee canal and minutes from Hackney Wick and Fish Island and Stratford. Delivered in joint venture by Places for People and Balfour Beatty Investments, on behalf of London Legacy Development Corporation, EW+S has been designed by a team of leading architects including Sheppard Robson, Studio Egret West, A-Studio and Piercy & company, alongside landscape architects Fabrik London.

Phase one is almost complete, which includes over 300 homes alongside commercial spaces and new public spaces.

Apartments within phase one were designed with first time buyers and younger professionals in mind, featuring striking interior designs to reflect both the interesting external elevations of the buildings and the thriving creative community found within Hackney Wick and Fish Island.

Anyone visiting the new neighborhood has been greeted with one team dealing with market sale, shared ownership sale and market rentals, meaning there is something for everyone. One on-site, tenure-blind management team deals with the management of the estate.

The design of the buildings takes influences and cues from the local area and the result is a collection of striking shapes and colours. This includes waved silver metal cladding and angular shapes to one building, red brick and black framing on another, and a brick and copper frame on a third building. The terracotta colour choice was inspired by London Brick as well as the copper tones found within local architecture, including one of the area’s landmarks, the ArcelorMittal Orbit.

Importantly though, EW+S is about so much more than just homes: the team is committed to working closely with the community, making sure that the new neighbourhood supports and complements its neighbours.

A key part of EW+S’ commercial offer is to provide spaces and opportunities for this existing community, whilst encouraging newcomers to set up in the area. EW+S partnered with Make Shift (the makers of Pop Brixton and Peckham Levels) to create Hackney Bridge – a new canal side destination featuring workspaces, public facilities, events, markets, restaurants and bars. Acting as an incubator space for small businesses, Hackney Bridge is the ideal venue for entrepreneurs to kick start ideas, with the opportunity to later on scale up to one of the larger commercial spaces available at East Wick and Sweetwater or neighbouring Here East.

Additionally, EW+S is working with London Legacy Development Corporation and Transport for London to deliver a programme of Skills Training Academies, which will equip local people with the skills needed to meet requirements of developers across the Park and for the wider construction sector.

Providing upfront funding to local business so they can grow is also key. EW+S has established a £500,000 Growth Fund that will provide repayable loans to early-stage social enterprises and SME’s in the four surrounding boroughs over the next 10 years.